The Benefits of Switching to a Vitreous Enamel Tank

As a substance that's used on kitchen surfaces, saucepans, and washing machine drums, vitreous enamel has consistently proved its durability. While many homes benefit from stainless steel tanks, there's evidence suggesting they're not as safe or efficient as their vitreous enamel counterparts. As such, those who benefit from solar heating may want to consider making the switch.

As most stainless steel tanks have a shelf life of five to ten years, homeowners that haven't replaced theirs recently may want to investigate whether they're due for a renewal anyway. If this is the case, there are some cost-saving arguments worth considering. First, vitreous enamel tanks have a longer shelf life, which means fewer repairs and replacements in the future.

Second, those that are built specifically for solar water heating purposes have thicker enamel layers above the steel, which means they're less likely to encounter damage under the high heats solar energy produces. Again, this means fewer repairs in the future, as well as a more efficient heating system that requires less energy.

Finally, there's a broad range of diameter and height options, allowing homeowners to find a heater that meets their household's needs. For those living in a small household, this reduces the amount of energy that's wasted on heating larger tanks full of water.

While stainless steel tanks are resilient, they're not as robust in areas where water quality is poor. Constant exposure to poor water quality can lead to pinholes in the material, which eventually leads to system failure. As vitreous enamel water tanks don't encounter this problem, there's a reduced risk of failure, and increased efficiency benefits as they're less likely to encounter reduced thermal conductivity. As such, homeowners may see a reduction in their energy bills. It's also worth noting that a small anode on the vitreous enamel tank's lining helps water remain drinkable.

Although there are multiple benefits to these tanks, there is a need to replace the anode periodically. How often depends on the manufacturer, but it does mean these tanks would have a shelf life of five to seven years without such replacements. However, with regular replacements, they do last longer than stainless steel tanks, especially for those living in areas where the water is salty.

Finally, most stainless steel tank manufacturers won't honour warranties for those living in an area where the total dissolved solids in the water exceed 600ppm. As such, these tanks are a particularly efficient option for people living in hard water areas. 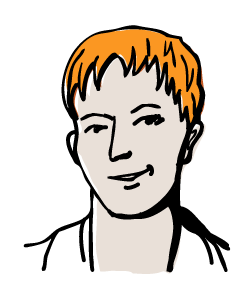 Hello. My name is Tina and this is my home improvement blog. The bathroom is one of the most important rooms in the house. My mother used to always say that you could discover a lot about a person by how clean their bathroom was. Because of this advice, I have always been very worried about the state of my bathroom. Last year, I was convinced that the bathroom was too old and grubby so I contacted a team of contractors who came out to work on it. They re-tiled the place and installed a new sink and splashback. I really love me new bathroom and I hope you like my new blog.